It’s #SoupSaturday, my favorite day of the week. It’s no secret that the turkey meatball soup we included in the very first soup recipe roundup this month is one of the big favorites in the EHD office. We were all inspired by the same initial recipe (via the Savory Lotus), but now we’ve each taken the recipe in a thousand different directions. It’s the soup that many of us have said “Yup, I could eat this every day” about. It’s the soup that can be dressed up or down, mixed up depending on what veggies are in season (or in your fridge), and keep us all full and happy. Today we’re bringing you another meatball soup variation packed with bright veggies, all swimming in a flavorful broth.

Also, to all our friends across the pond (and our neighbors to the north), we’ve heard you on the measurements! We concede that the American/imperial system of cups can be…confusing (is it 1 cup of carrots cut in large chunks or small chunks? Is it okay if some stick out over the edge? NO ONE KNOWS!). So we’ve done our best to add weight measurements to our second recipe (the first one isn’t so exact). 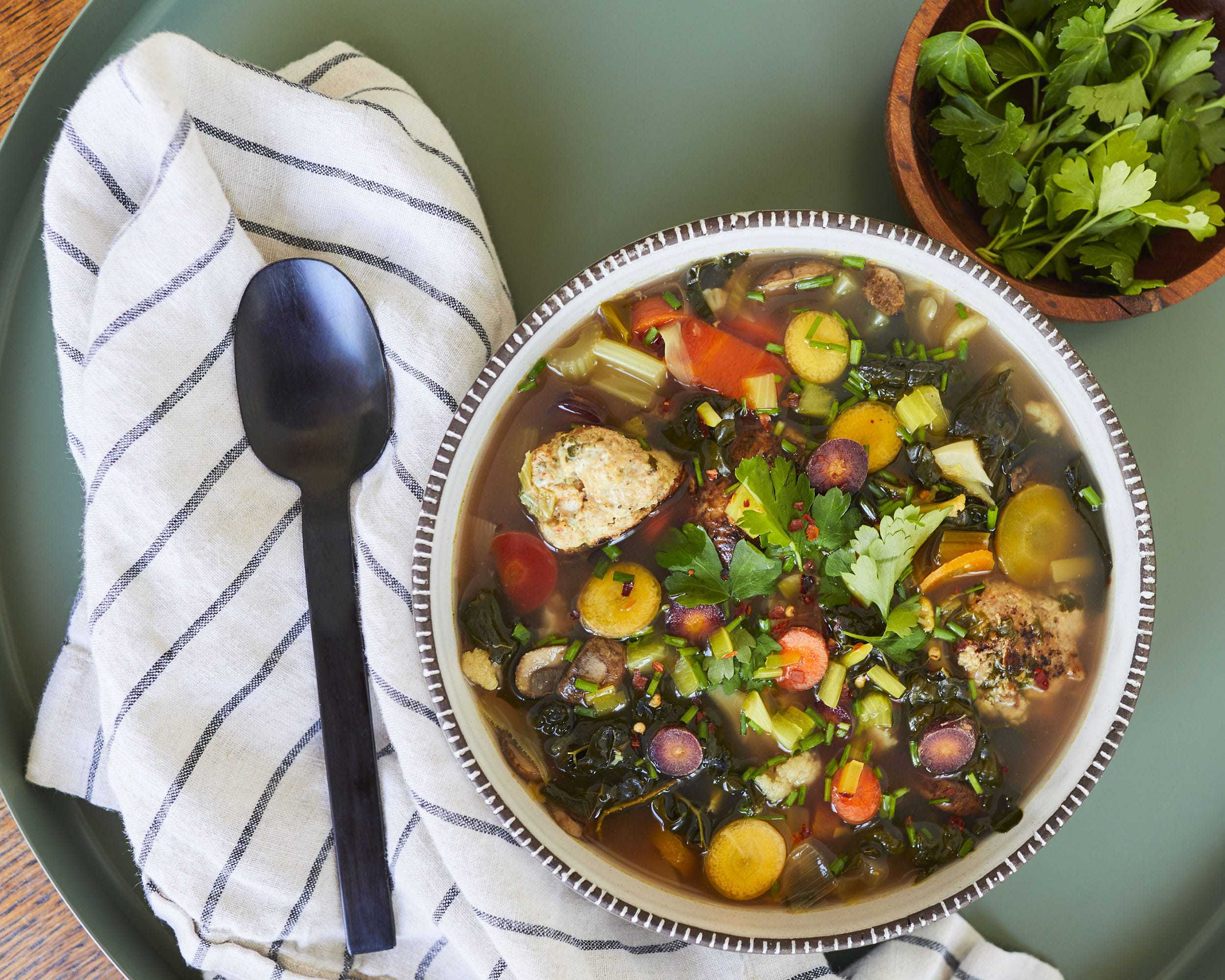 Not only are we bringing you a new soup recipe this week, we’re also going to share with you all how to make bone broth from scratch—the base for ALL my soups. It sounds intimidating (at least it did to me), but trust me, once you savor your own homemade bone broth, the store stuff just won’t taste the same. Am I a super organized person who always has homemade bone broth on hand for my weekly soup making? Nope. I’ll use a boxed broth when I haven’t had the 8-16 hours it takes to boil my own broth. But when I do, I can really taste the difference and it’s totally worth it. I’ve been riffing off a recipe from Rebecca Katz’s Clean Soups cookbook, but have tweaked to my liking as I’ve done it more.

HOW TO COOK IT 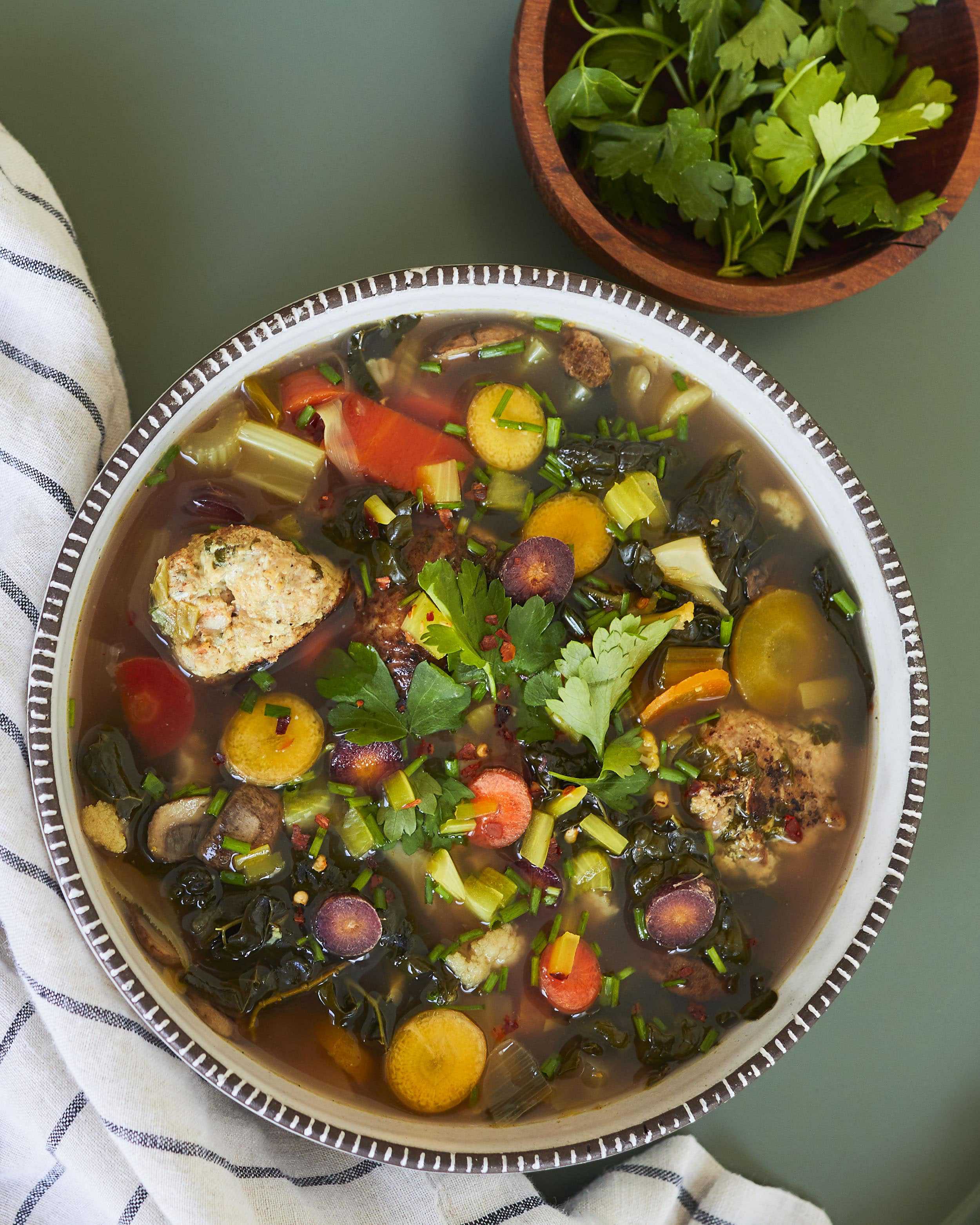 And now that you’ve created a true labor of love—homemade bone broth—it’s time to put that savory broth into action. I highly recommend using it to make this meatball soup variation, which serves about six heaping bowls of soup (8 if you’re not starving monsters like me and my staff):

HOW TO COOK IT 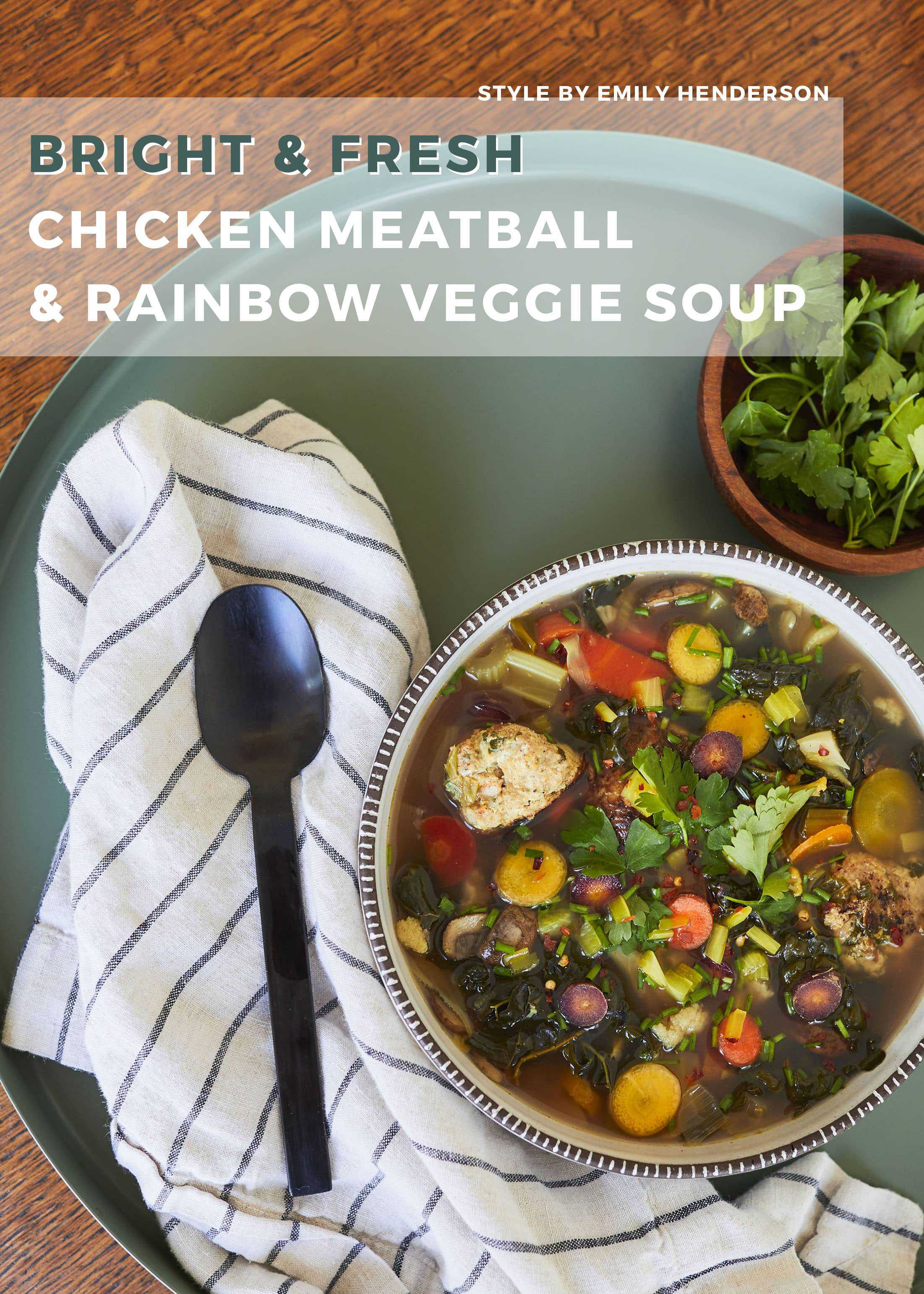 If you’re into this soup movement and desperate for more than one recipe a week, may we suggest some of our favorite soup cookbooks below? These are the books that EHD team members and I are reaching for time, and time again. 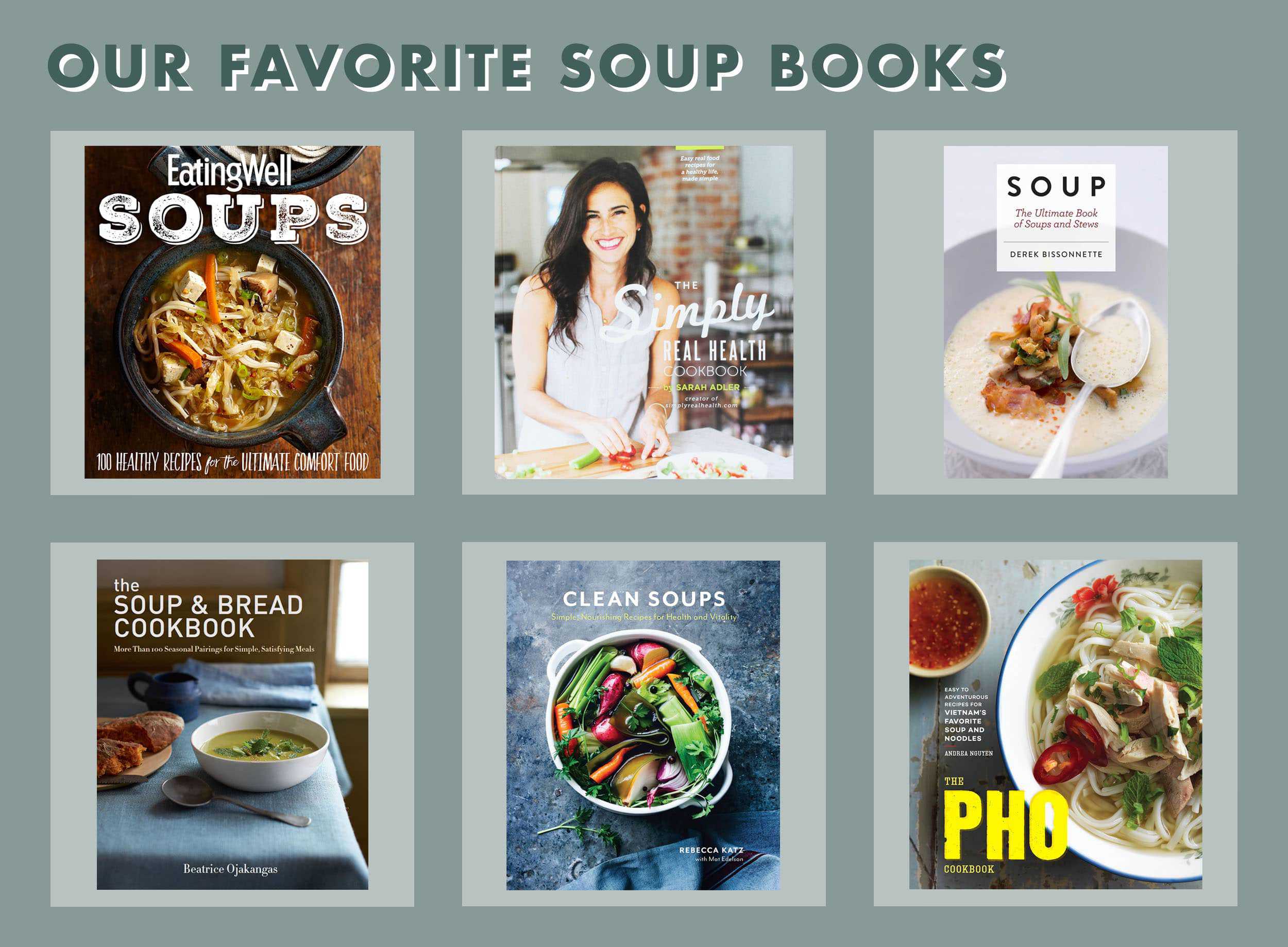 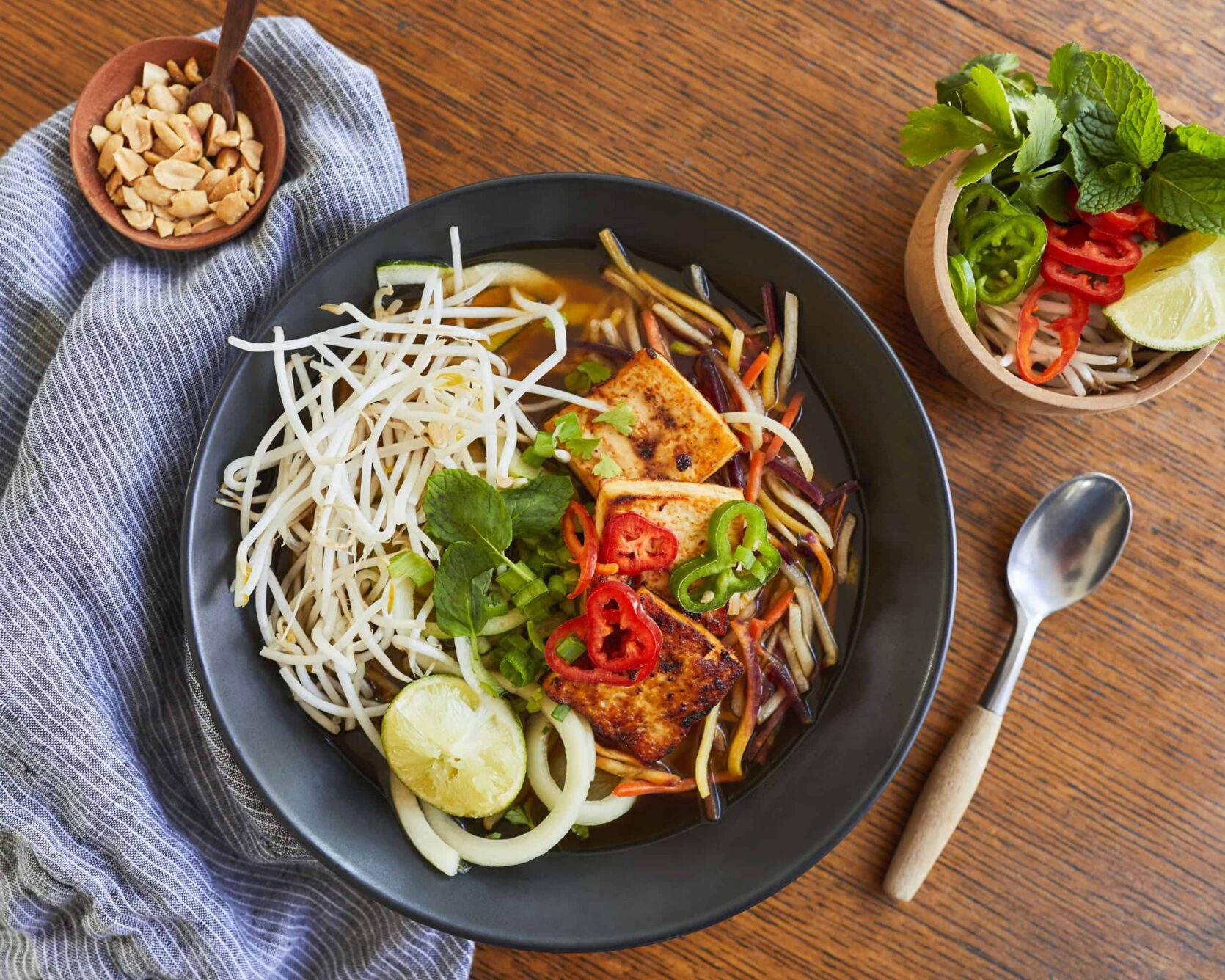 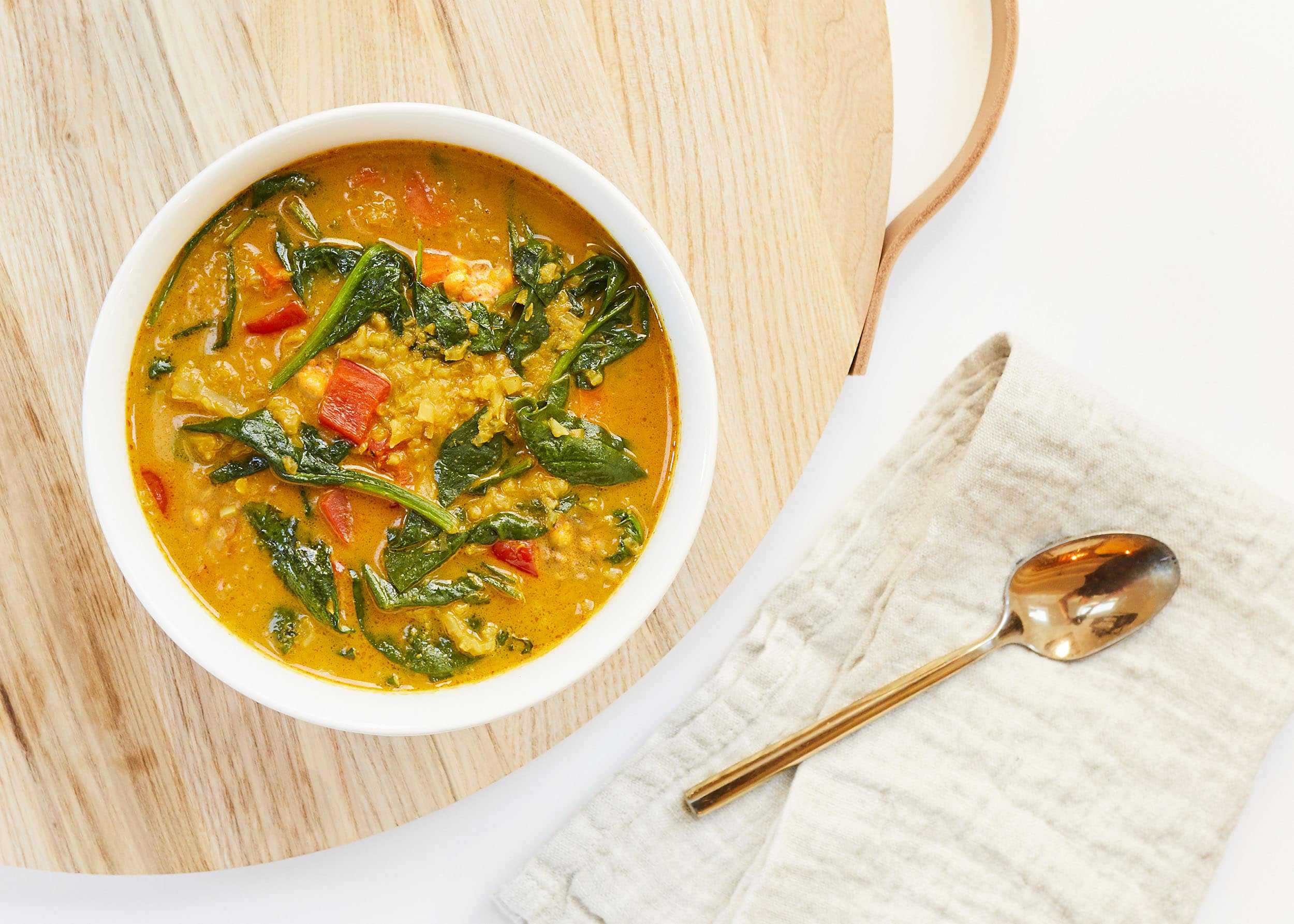 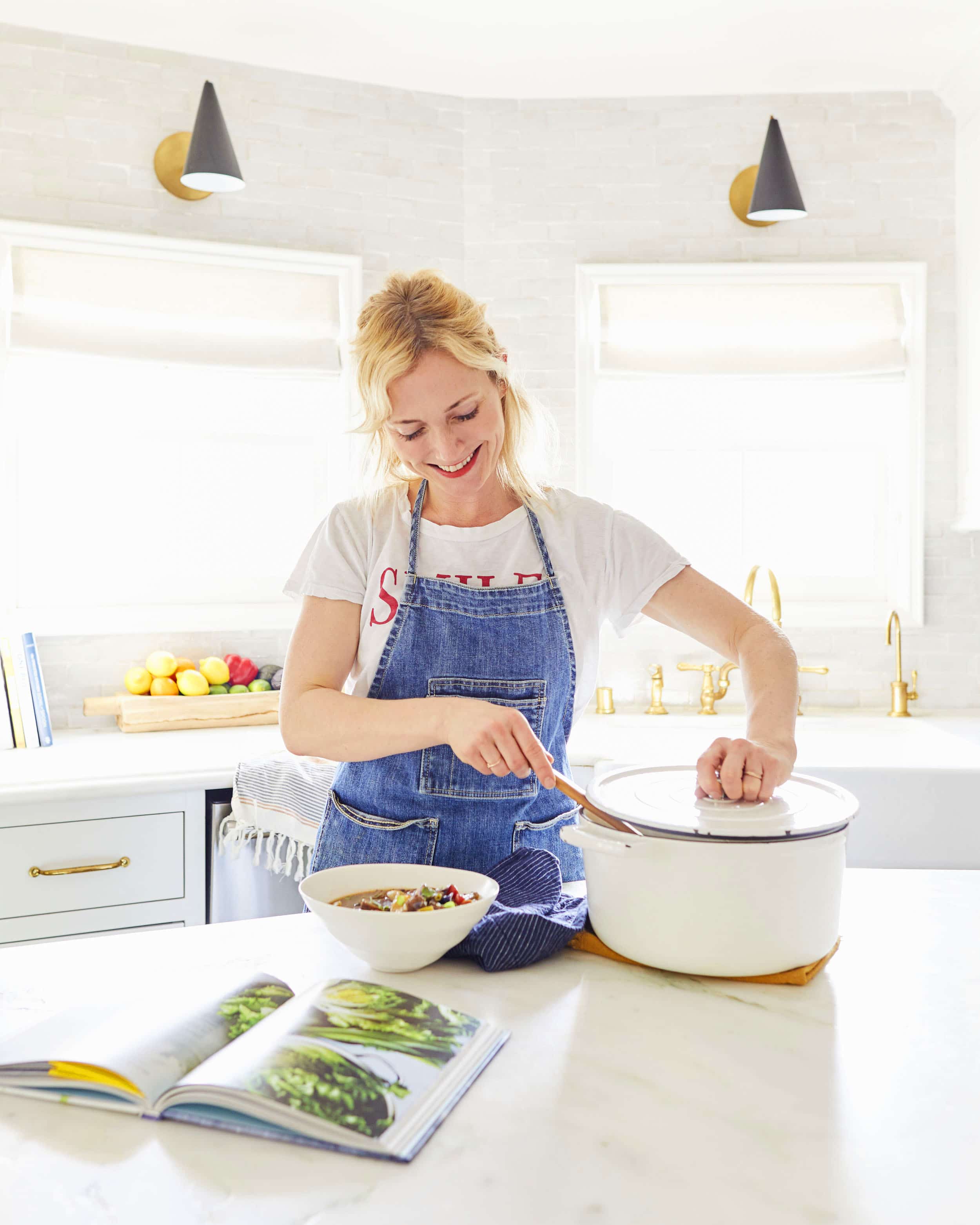 #JanStewary: Healthy (and SO Hearty!) Beef and Vegetable Stew

Our Portland Favorites: Where We Shopped, Stayed, Dined and Drank